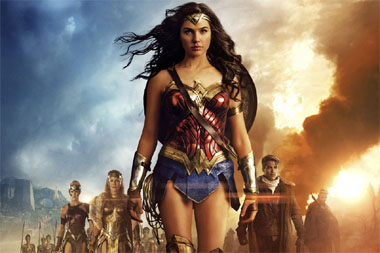 How Wonderful Is This Violence?

I loved Wonder Woman. Gal Godot is terribly attractive, in so many ways. But I had to wonder about the violence.

I like a violent film as much as the next guy. I like it best when the violence achieves something, when the good guys make the world safe for democracy or at least destroy some dark and powerful enemy.

Maybe because this superhero was a woman, or maybe because this film tried to claim that killing bad guys is not really the way to save the world (even as Wonder Woman persisted in her quest to kill the baddest guy of all) — somehow I ended up wondering why we so often decide that violence is the only choice.

Some of our greatest stories center on violence, even when the perpetrators are our Gods. In the Hebrew Bible, when Yahweh is disappointed by the immorality of his people, does he use his divine wisdom to transform them? No, he kills every person on earth except for Noah and his family, in a destructive sweep that would make a Hollywood director proud. When he needs to convince Pharaoh to let his people go, the best he can come up with is a monstrous set of plagues, finally killing every Egyptian’s firstborn son. So too in the scriptures of India. When Arjuna refuses to kill his own relatives, Krishna insists that he has a cosmic duty to fight, and the Mahabharata ends with the highest body count of any story ever told.

How can we avoid concluding, then, that violence is often justified? Wonder Woman reached her full power only when a searing loss made her righteous anger burn with a new and terrible force. Righteous anger is easy to respect, especially when it is we who are feeling righteous. And our violence takes many forms, much of it not even physical.

There have been others, rare visionaries, who showed us a different way to fight for what’s right. Their stories show up occasionally in extraordinary films. I think of Gandhi and Selma, whose heroes were among the very few who have taken with full seriousness Jesus’ astonishing teaching on non-violence: "Resist not him who is evil." Tell that to Wonder Woman, or Yahweh — or indeed to the Allied armies battling the Nazis.

We judge, we fight, we destroy. Sometimes it’s for a good cause — when we can say that the end justifies the means. But we also detect the wisdom of another voice, quieter, thrilling in a different way, which insists that violence will only beget more violence. The way we have always done things is not the only way.

Transformation this deep is hard. "Fighters gonna fight," as Taylor Swift might say. Wonder Woman does not escape her role. In the end, she declares that love, not war, is the only real answer, and yet she continues on as an avenging hero. Two very different voices call out to us, from within us. Which one will we favor?