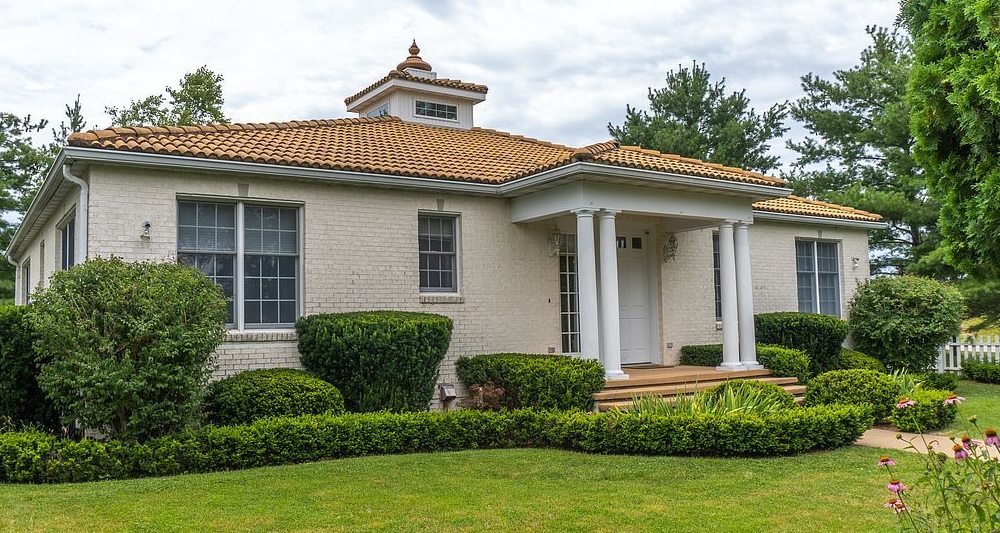 A Toungue-in-Cheek Letter to my Community


Some background: Nowhere in the Western world is a population so concerned with the ancient architectural rules of Sthapatya-Veda as are the meditators in Fairfield. ( More people may have heard of feng-shui, the traditional Chinese understanding governing the design of buildings. Sthapatya-Veda is the ancient Indian approach.) It is worth a trip just to see the hundreds of east-facing, mathematically proportioned, vastu-fence encircled homes, offices, and university buildings — all sprouting symbolic kalashes like exotic flowers from their rooftops. "Vastu" is the general term for the enclosing space of a properly-designed structure, held to be highly auspicious. For some, however, it is more than just desirable to live and work in a true Vedic structure — it has become a necessity...
- April 1998

Annihilation was listed, in a full-page ad in The Iowa Source, as a consequence of living in a building with an improper vastu. I’m thinking we need a label attached to the front door of every suspect structure: "Warning: Living or working here can be hazardous to your health, even unto total annihilation."

Here’s what we have been told: a good vastu offers protection. What has not been fully explained is exactly what we are being protected against. Let us just call it protection against "powerful negative influences".

And so we rebuild. But could we not be exacerbating another problem as we solve this one? The more we all live and work in buildings with proper vastus, the more concentrated the negative influences will become outdoors, since they are unable to reach us indoors anymore. These pernicious influences will be waiting for us whenever we step outside. And they will be hungry, and really cranky.

Just as venturing outside during an eclipse is said to be dangerous, would it not be dangerous to spend any time at all outdoors at any time, given what’s out there? Must we either work at home or live at work, to avoid any time spent unprotected as we rush from one good vastu to the next? Do we need to give up fresh air and open skies? Not any more.

Presenting the Portable Vastu. Inspired by the automotive airbag, the Portable Vastu is a voice-activated rapid-inflation device worn around your waist like a belt. Before inflation, it looks like nothing more than a well-stuffed fanny pack. But as soon as you clear the threshold of a protective building, the spoken command "Open Vastu!" inflates it instantly around you, creating a suitable protective space with ideal proportions. (Imagine a very large inner tube around your waist.) The analogy to the airbag may inspire fears about the danger posed by rapid inflation. But you can adjust the delay up to 3 seconds, allowing plenty of time for children or the infirm to lurch out of harm’s way before your vastu erupts.

Negative influences do not have a chance. You are safe, and can walk to your car, or stroll along the beach, unperturbed. (Those with subtle perception may detect the angry wails and gnashing teeth of the frustrated negative influences that are now forced to part around you like the Red Sea as you stride whistling along your way -- but this actually adds to the enjoyment of your triumph.)

Now obviously it is impossible to drive a car while the Portable Vastu is inflated (although two or three passengers with inflated Portable Vastus can squeeze into minivans if all the seats have been removed). And so we are perfecting another product — the Portable Vehicular Vastu. The PVV will inflate around your car to an auspicious size and shape as soon as you touch the ignition. Not only will you be safe whenever you drive — as an added benefit, every drive will be like Bumper Cars at the State Fair.

I think we’ve got them licked.