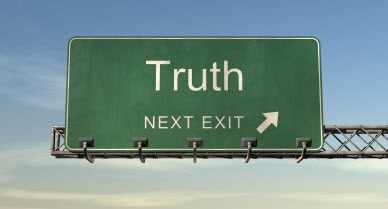 Reflections on Aaron Sorkin's Newsroom and the actual News

A new show this year on HBO — The Newsroom — recently ended its first season. Created and written by Aaron Sorkin, of West Wing and Social Network fame, the show centers on the unlikely premise that a popular news anchor who happens to be a Republican wakes up to his true passion: telling the truth to the American people. That truth involves, more often than not, revealing lies, contradictions, and violations of foundational American values in the pronouncements and actions of Tea Party stalwarts and their allies, even though they too call themselves Republicans.

The point this show drives home is that truth is far more important than party affiliation or political agendas. Truth — telling it like it is, separating spin from reality — is also more important, for this anchorman, than threats to his career or even threats to his physical safety. At this time in our nation, what a rare and thrilling idea that is.

Meanwhile, in the real world (which tracks disturbingly closely the world of this TV show) the political nominating conventions and the ongoing barrage of pre-election ads have set off a flurry of editorials and outrage about falsehoods and distortions being foisted on the public. Fact checking organizations agree that certain candidates and their organizations have been distressingly unconcerned about getting their facts straight. Recent research (by Liu and Ditto) suggests that the conservative mind may be more prone to modify facts to match its beliefs than the liberal mind, but liberals are hardly immune to that temptation.

The ends justify the means: this is the principle that darkens the political horizon like a terrible gathering storm. Say what you need to say to win the hearts of the people. Play on their fears and their mistrust, because that energy is so easy to arouse. The goal is to move the electorate in your direction, and stirred-up feelings move people faster than anything else. If you need to distort reality a little or a lot to make that happen, it is a price worth paying. Pour in hundreds of millions for television ads, repeat it often enough, and you can make any story start to seem real.

There is a rallying cry about truth that invokes a sense of righteousness, integrity, and fearlessness: we must speak truth to power. As much as we need that willingness, still and always, there is something else we particularly need right now: a commitment by those who have or seek power to speak truth to people, ordinary people, the people who vote, the people whose opinions ultimately must count in a democracy. We must expect and demand this of our leaders and our political candidates.

Given how powerful the temptation is to distort reality to achieve political ends, it will take a powerful force to counteract this trend. The danger is that we may let ourselves fall into resignation, a shrug that says "that’s how politicians are, that’s business as usual." Vigilance, continuing and increasing outrage at distortions, rejection of falsehood — these are the defenses to rely on. We can’t afford to let the deceivers win, to let ourselves and our nation descend into the dullness of passive acceptance of whatever someone decides we need to be told.