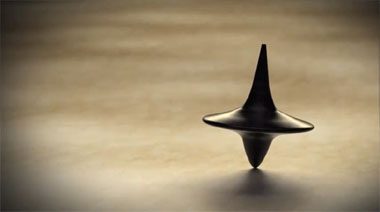 The Inception of Freedom

Christopher Nolan's film Inception jumped to #3 on the top 250 list of all time (at IMDB.com, where millions vote) just weeks after its release, essentially tying The Shawshank Redemption and The Godfather. Critics mostly raved.

This acclaim may be due to the intense strangeness of the material combined with its deep intimacy (we all dream), and the excitement of a chase-and-heist movie that takes place almost totally in the subconscious.

But set that aside to consider what Inception is really about. Apart from the action, the special effects, and the labyrinthine plot, this is a film about freedom.

The two protagonists, Dom Cobb (Leonardo DiCaprio) and Robert Fischer, each attain hard-won freedom by the end of the film. Cobb's freedom is two-fold: he breaks free from obsessive, debilitating guilt about the death of his wife, and he gains the right to return to the U.S. to see his beloved children. Fischer converts a pained, constricted relationship with his "disappointed" über-industrialist father to a sense of acceptance, empowerment, and possibilities. He even finds love in his memory of the old man.

Yet these two freedoms come in drastically different ways. Cobb gets his liberation the old fashioned way — he earns it, by some hard inner work. Fischer, on the other hand, has his freedom planted in his subconscious, unbeknownst to him, by highly skilled practitioners, like some GMO seed coaxed to sprout in a hostile environment.

Cobb's freedom is honest, self-generated, and as real as it gets. Fischer's is artificial, implanted, and motivated by other people’s profit.

And yet — the fascinating question raised by the film is this: Does it matter, in the end, whether you come to freedom on the reality road or via a perfectly designed fabrication? If you are actually free, how concerned need you be about how you got there?

Nolan chose not to make Fischer's freedom seem hollow. His feelings are real, his freedom is real; it is only the cause of his freedom that is a fiction.

When doctors run out of morphine on the battlefield, they pretend that saline solution is a painkiller, and the placebo effect works wonders. They plant the idea of relief, and the idea bears fruit. When terrible things happen to good people, a community rallies to offer stories of consolation, salvation, or a higher purpose, and the stories bear fruit. I won't mention the outrageous ideas that were planted in Tom Cruise and John Travolta, and the freedom they claim has come from Scientology. There is no end to stories planted in our minds by our families, our culture, and our spiritual teachers. And some of them seem to set us free.

As for me — for reasons not totally satisfactory, I am a purist in these matters, committed to the idea that life can be faced in clarity and celebration without the support of fictional inventions. No matter how nice the stories are, and how commonly embraced, like Dom Cobb I cannot shake the sense that reality trumps everything.

But there are limits. Please, lie to me about the saline if we run out of morphine.