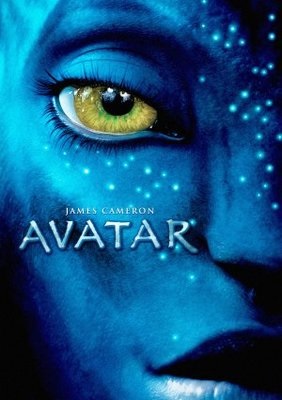 Have you encountered the onslaught of criticisms of Avatar? It has been derided by the Left as racist and sexist, by the Right as anti-American and a threat to true religion, by aesthetes as derivative and shallow. At the same time the movie became, in just three weeks, the second-highest grossing film of all time.

People love this movie, people hate this movie — and I love it for that very reason. Like few other works of art, Avatar surfaces our passions, our beliefs, our dreams and judgments.

I am critical by nature, but my mind stepped back, graciously, and let me feast on the wonder of this spectacle, the stirring mythic arc of the story.

Many have compared Avatar to the original Star Wars, in terms of sheer impact. The two films share an immense imaginative vivacity, a battle with soulless evil, a deep spiritual dimension, and a focus on individual transformation. Both left me with that simplest, loveliest exhalation as I left the theatre: "Oh, wow..."

But the differences are telling. In Star Wars, the essence of the lesson is let go. Obi-Wan teaches Luke about a Force that is diffuse, invisible, and disembodied. One must learn to "trust the Force" — a purely inward process of contact with an abstract field. In Avatar, the very different lesson is connect. The communal and individual life of the Na'vi centers on their ability to connect with the highly sensual outer world in which they are so fully embedded.

The planet Pandora is an actual Gaia, an entire world living as an interconnected whole. The creatures of Pandora are literally built to connect. The fibers at the end of the Na'vi's long braided hair, and the way they reach out to interlace with other living things — connecting like fine roots in the soil, undulating like the delicate sensory filaments of some underwater creature — is one of the most wonderful images in all of film.

We commonly say we are "plugged in" to something when we are fully involved and engaged. The Pandoran culture is plugged in like no other. Pandorans connect not with an abstract and invisible field, but with the individuated, beautiful, dangerous, delicate and challenging world itself — and they honor these symbiotic connections as the very heart of their culture.

Near the end of the film, Neytiri saves the life of Jake Sully, and encounters his human form for the first time. The love this utterly amazing 10-foot blue huntress expresses in that moment for this small, weak creature, whose essence she has come to know in his Pandoran form, reaches across all divides, even across species, and is an emblem of true connection at the level of spirit.

Let the critics have their say. But let Avatar seep quietly into our cultural memes, helping to cancel, with a spirit of connection, the differences that shatter us.